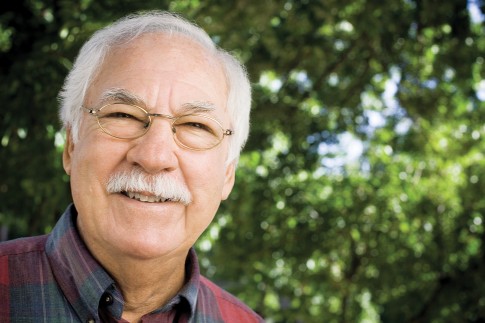 William Kloefkorn was named the Nebraska State Poet by proclamation of the Unicameral in 1982. In addition to his many publications and honors, he also won first-place in the 1978 Nebraska Hog-Calling Championship. A retired professor of English at Nebraska Wesleyan University in Lincoln, he was the author of many collections of poetry and other books, including Alvin Turner as Farmer (Logan House, 2004), Sunrise, Dayglow, Sunset, Moon (Talking River Publications, 2004), and Walking the Campus (Lone Willow Press, 2004). He also published four memoirs, This Death by Drowning (U of Nebraska P, 2001), Restoring the Burnt Child (U of Nebraska Press, 2003), At Home n This Moveable Earth (U of Nebraska Press, 2006), and Breathing in the Fullness of Time (U of Nebraska P, 2009). He was the author of two collections of short fiction, A Time to Sink Her Pretty Little Ship (Logan House Press, 1999) and Shadow Boxer (Logan House Press, 2003). Other books include Sergeant Patrick Gass, Chief Carpenter: On the Trail with Lewis and Clark (Spoon River), Uncertain the Final Run to Winter (Windflower Press), Loup River Psalter (Spoon River), Welcome to Carlos (Spoon River), and Drinking the Tin Cup Dry (White Pine Press, 1989). His poems have appeared in Prairie Schooner, Georgia Review, Poet & Critic, and elsewhere. He died after an illness in May 2011.