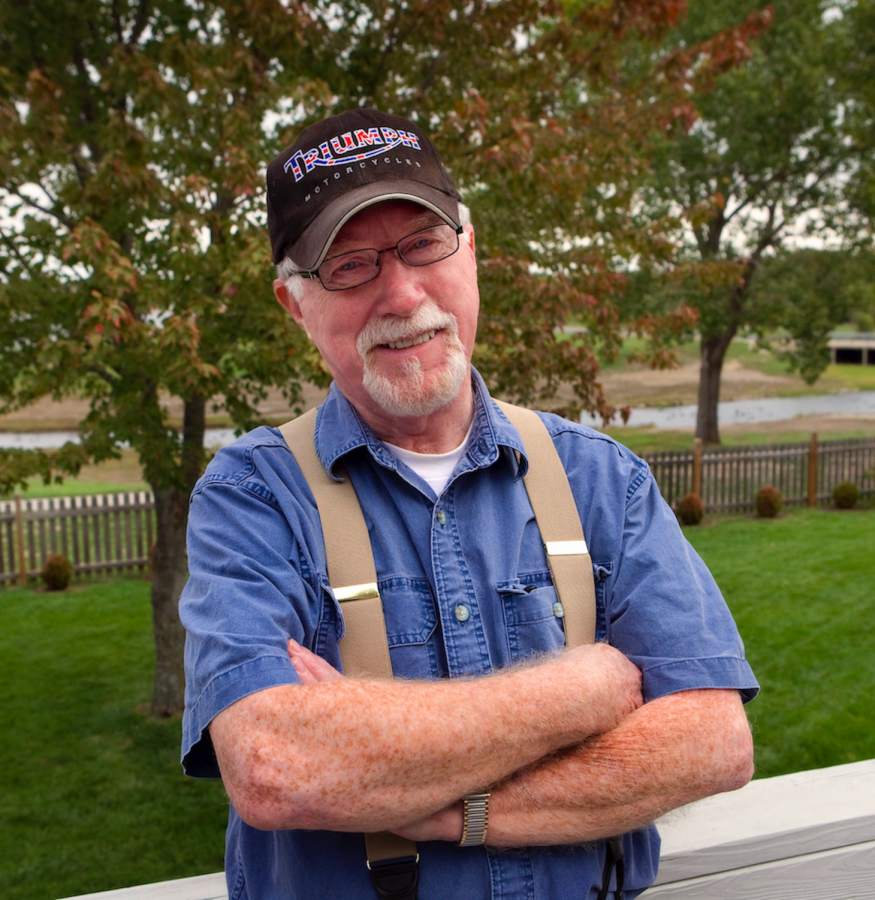 How did your interest in poetry begin?

I came to poetry late. I was studying to be a fiction specialist. In fact, my dissertation was on Faulkner’s novels. But while studying modern poetry in preparation for my doctoral orals, I came across a Howard Nemerov poem titled “Mousemeal.” I was so captivated, I tried to write a poem, then 10 or 12. From then on, I was intent on being a poet. I had to push the reset button after being hired as a Faulkner scholar.

Do you have a routine associated with writing that plays an important role in your creative process?

My time is freer now that I’m only teaching part-time. I usually write in the morning for a few hours and revise in the afternoon. But I don’t stick to a rigid schedule and don’t feel as if I have to write every day, though I usually do.

You served as Poet Laureate of the State of Missouri from 2012 to 2016. In what ways did that role affect your writing life and your evolution as a writer?

The laureateship involved doing quite a few readings around the state. I was particularly impressed with how much audiences in the smaller towns enjoyed attending a poetry reading. There seemed to be a real need and appreciation. My feeling that poets need to write for an audience wider than one of only academic specialists was reenforced throughout my laureateship. It seems to me that the contemporary poetry classified as “difficult” or “oblique,” now popular in the academy, is keeping the audience for poetry in America depressingly small.

You are known for your use of humor, found in much of your work including The Complete Book of Kong (Southeast Missouri State University Press, 2003), Ship of Fool (Red Hen Press, 2011), and your Old Guy: Superhero collections (Red Hen Press, 2016 & 2019). What draws you to the comedic and in what ways does humor help you achieve what you set out to accomplish with a poem?

Most of my favorite writers of poetry or prose employ humor in their works. For them as well as me, it’s an essential to their vision of the human condition. As Auden put it so well in his poem “Musee Des Beaux Arts,” “even the dreadful martyrdom must run its course/ Anyhow in some untidy spot . . . where the torturer’s horse/ Scratches its innocent behind on a tree.” Unfortunately, many think that “great” works of literature must somehow rise above comedy. I suppose this attitude dates back to Aristotle, who put tragedy far above comedy in his aesthetics. For him, tragedy should be for and about the nobility; comedy was for the lower classes.

In addition to humor, you rely on historical context for much of your work, such as in Vanishing Point (Red Hen Press, 2017). How do historical events find their way into your work? Is it a conscious choice for you or do you find yourself surprised by how history inspires you?

As a student, I was never drawn to history courses, but historical events often appear in my poems. I suppose that’s partly due to my childhood taking place during and shortly after that colossal historical event: World War II. A number of my poems deal with parts of that event, including the Holocaust and my father’s combat duty in the infantry. I’m also greatly influenced by film classics, possibly the result of watching them on our old black-and-white TV as a youth. They were my first exposure to art, which was otherwise missing in our home then.

Prior to earning an M.A. and Ph.D. in English, you earned a bachelor’s degree in philosophy. In what ways does your background in philosophy influence your writing?

I think my philosophy background is submerged below my literary interests. I switched from philosophy to literature because of the latter’s focus on concrete particularity rather than the former’s on abstractions. But a number of my poems deal with epistemological and ontological issues. I’d say I’m more of an Aristotelian than a Platonist. In other words, I think our ideas come from the empirical world rather than their being innate.

What else inspires or informs your writing?

All sorts of things, from personal experience to films, historical events—and, of course, literature. As I mentioned before, comedies are of special interest. I just try to keep my eyes and ears open and not get sunk in what the novelist Walker Percy called “everydayness,” where one’s life becomes so routine and narrow that a kind of blindness sets in. A serious writer must, in Joseph Conrad’s words, “make people see,” in the broadest sense of that word.

Which writers do you admire or most enjoying reading?

What are you currently working on?

I’m putting the finishing touches on my second collection of poems about a character named Fool, who’s my version of the fool archetype, which has been around since the first story or poem was spoken and lives on today in literature, film, stand-up comedy, and politics. My publisher, Red Hen Press, brought out the first collection, Ship of Fool, in 2011. This one will be called Call Me Fool. That title’s a comic take-off on “Call Me Ishmael,” the first sentence of Moby Dick. The book will feature plenty of humor.

One of the most important elements of being a writer is plain old stubbornness. You can’t let discouragement, in the form of dry spells, rejection slips, or whatever, make you give up. A writer is, after all, someone who writes. And essential to stubbornly keeping writing is a love of what you’re doing. If you pursue literary writing for some reason other than loving to do it, you probably need to find something else to spend your time on. The financial rewards are seldom great. 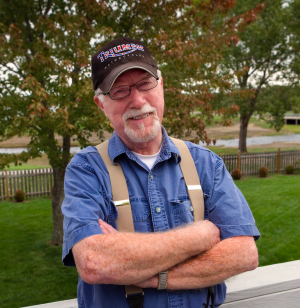 William Trowbridge’s latest collection, Oldguy: Superhero—The Complete Collection was published in September by Red Hen Press. His other collections are Put this on, Please: New and Selected Poems, Ship of Fool, The Complete Book of Kong, Flickers, O Paradise, and Enter Dark Stranger. His poems have appeared in more than 40 anthologies and textbooks, as well as on The Writer’s Almanac, An American Life in Poetry, and in such periodicals as Poetry, The Gettysburg Review, The Georgia Review, Boulevard, The Southern Review, Plume, Columbia, Rattle, The Iowa Review, Prairie Schooner, Epoch, and New Letters. He lives in the Kansas City area and teaches in the University of Nebraska Low-residency MFA in Writing Program. He was Poet Laureate of Missouri from 2012 to 2016. williamtrowbridge.net