BOOK REVIEW: The Woman in the Moon by Marjorie Saiser 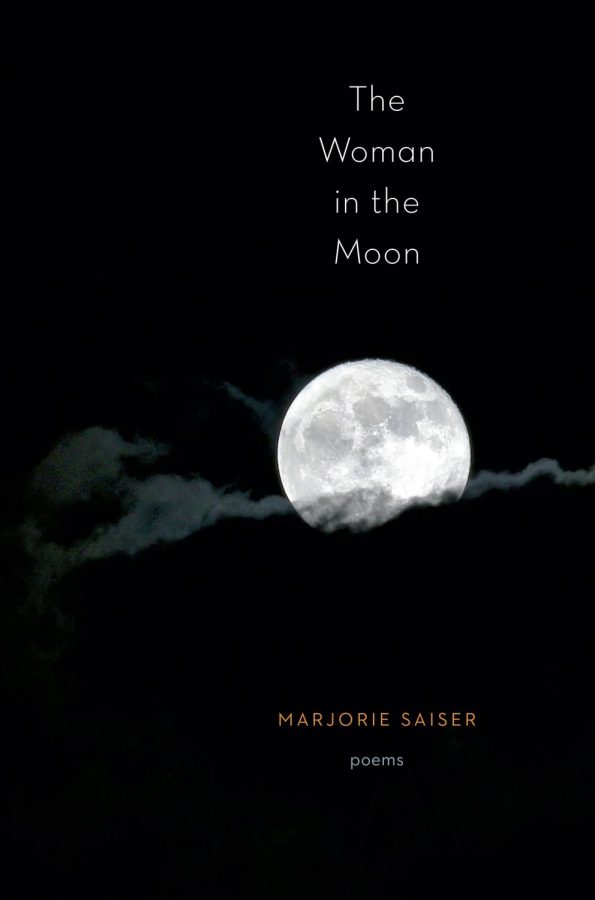 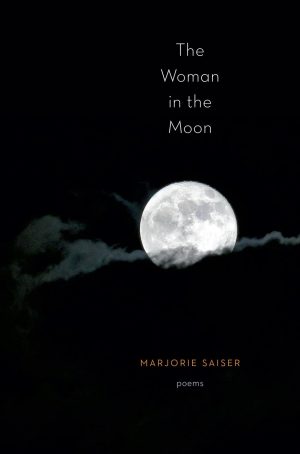 Loyal to an esteemed attention to detail, an ability to mine complexity from the simplest of life’s offerings, Marjorie Saiser’s The Woman in the Moon is set firmly on a foundation of reflection and self-awareness, a recognition that, “Everybody has to look into the mirror / once in a while and see who / really stares back.” Tender and genuine, the poems move seamlessly, each of the work’s three sections distinct, yet overlapping enough for the work’s notable progression to remain fluent and unforced. So much is covered in so few pages: the narrator’s movement from reminiscent daughter, laden with depictions of lost parents, to her rebirth as an aging mother herself, appraising not only her own interactions with her children, but also the state of the world that has been left to them. This progression, particularly in a work of succinct verse, is an imposing feat, and interwoven with self-discovery, the collection pulls the reader to:

An intersection.
What was

meets what is, and,
for a second,
shines.

The collection’s early poems are often self-reflective, grasping for the awareness and perspective necessary for the final two sections to resonate. The first section mirrors the narrator opening to herself, an introspective authenticity found in lines like, “not temporary, not maybe. / All my life I’ve been maybe…an icon of the scream — / or song — I never allowed myself.” This seasoned honesty allows the collection to maneuver into the second section, the narrator’s reflections on her own parents and childhood, blending into her presence as a parent, seen in lines like, “My mother died trying / to tell me something, thrashing about / in her bed, some message I wish I had” to “Love your daughter so much all your life; she will / know it someday after you are dead,” to “those burdens / people pass on like DNA…here’s the whole / as I’ve pieced it, / my hand to yours, yours to hand on.” The strength of Saiser’s The Woman in the Moon lies in her humbling portrayal of the human condition, its highs and lows climaxing in the third section, a cocktail of the inherent contradictions of memory, laden with epiphany:

I’m confluence itself.
I want to be kind; I want to be right.
Look out for me.
I’ll run you over in the road
but then I’ll brake
and get out of my car,
leave the door hanging open,
run back,
and hand you the keys.

The sincerity of Marjorie Saisier’s The Woman in the Moon is as eloquently developing as it is emotionally stirring. The simplest of life’s moments are loaded, the loss of a parent pondered while resting with the dog left behind, “The animal and I: eye contact, / as if choosing / this easily broken world.” When it comes to poets, some salt the wounds for punishment, some for flavor; Saiser does it to bring sense to living, the confusion and remorse, the insensibility of knowing our loved ones once they’ve gone. Marjorie Saiser’s The Woman in the Moon is a yearning collection of mature resilience, a reminder that, “We can’t go / back, lovely animals that we were, / so we must stumble forward.”

Marjorie Saiser is the author of five books of poetry and co-editor of two anthologies.  Her work has been published in American Life in Poetry, Nimrod, Rattle.com, PoetryMagazine.com, RHINO, Chattahoochee Review, Poetry East, Poet Lore, and other journals. She has received the WILLA Award and nominations for the Pushcart Prize.