BOOK REVIEW: What is Left Behind: Garden Elegies by Stephanie A. Marcellus 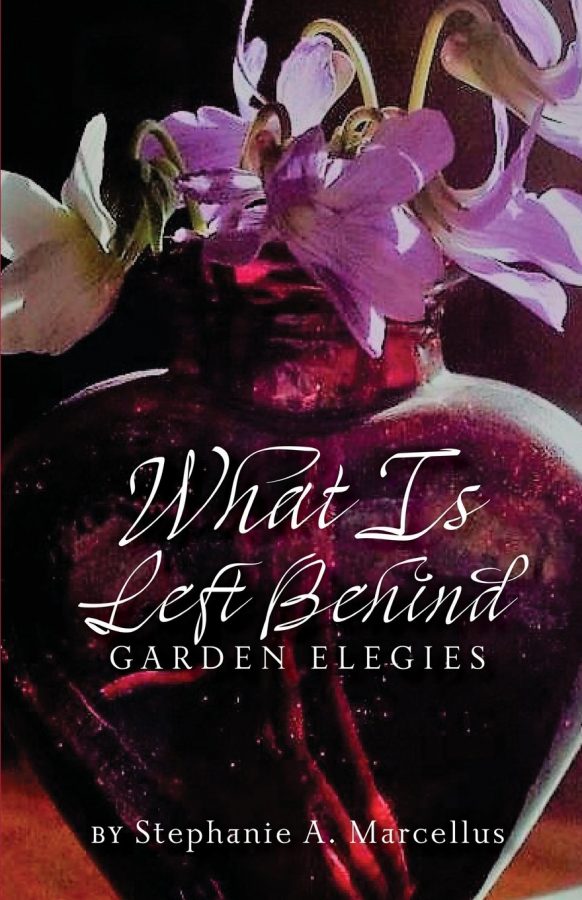 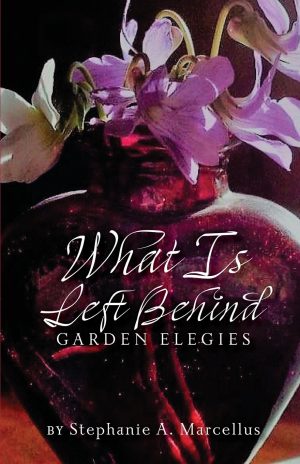 Published by Finishing Line Press in 2017, Stephanie A. Marcellus’s What is Left Behind: Garden Elegies is a poignantly relatable collection, a brief but thoroughly imaginative reflection on loss and the exhaustingly human need to remember, “to trace the roots / that creep undetected / beneath the skin.” From the early poems’ compact, vivid imagery against a borderline-minimalist stylistic, reminiscent of Armantrout and Roripaugh, to the lengthier, narrative qualities of the collection’s later poems, Marcellus’s collection is a refreshing fluctuation of style not common enough in the modern poet. Perhaps more impressively, the progression of style in the collection is reflective of the material addressed, the process of grief to acceptance, from the early, sob-filled, piecemeal memories, vines not yet tethering together, to the narrative, internal dialogues and conversational examination, the guiltily truthful hope that “Forgetfulness will be lovely and deep.”

From “bearded petals/ with deep purple potential / and lavenders as faint as skyline / inclining to blue rain,” to “the serpentine leaves/ for the rusted orange and yellow lilies,” Stephanie A. Marcellus’s imagery is original, layered and loaded throughout. Each snapshot is tied to the one before and the one after, a vine-like linkage as natural to Marcellus’s voice as heliotropes to the sun. By interweaving this imagery with lyric rhythm and the occasional, pace-shifting internal rhyme, Marcellus’s poems are delightfully hymnal, “like rose water / smelling of confession,” each poem a self-sufficient echo, but thunderous when united. Each attribute is personalized, serving as masterful accessibility devices to the depth and seriousness of the collection’s content, the conflicting process of grief, the contradiction of “All these things left behind, / yet still breathing you.”

Openly reflecting on so complex a facet of the human condition as grief and loss in a way that is both personalized but universal to an audience varied in experience is an astoundingly daunting task; Stephanie A. Marcellus’s What is Left Behind: Garden Elegies embraces the challenge with the emotional precision of poet-gods like Franz Wright, minus the Bible worship. Instead, Marcellus’s narrator turns to nature for solace, the belief “that daylilies would / cause us to forget our sorrows. / I knew that we were taking our own cure from the earth.” Furthermore, Marcellus skillfully avoids the temptation towards the unrealistic, but audience-adored, neatly bowed resolution; there are things that linger for the entirety of our existence, leaving us “tangled untangling creeper vine,” but the human spirit prevails, “as the sky became more sun than shadow.” What is Left Behind: Garden Elegies is mournful and redemptive in eleven short poems, each maintaining a sense of solitude imperative to the content of the work. The result is a collection as soul-wrenching as it is cleansing, the readers becoming “violets that give birth / to themselves against a spring / that is smooth and empty.”

Stephanie A. Marcellus’s What is Left Behind: Garden Elegies is a pulsating testament to the human condition, a recognition that our existence, and its eventual, inevitable evaporation, is purposeful, that there’s a reason we are driven to “tend what is left / careful to avoid / the fragile roots.” We are a naturally unyielding species, and the poems of this collection are as perseverant as the cornerstone of our shared existence. We are all together, and we are all alone. We are heliotropes, each of us, turning to the sun, “Fragile soldiers left / to protect what is within.”